I was skimming through some of the outtakes and fun snaps from the American Beagle Outfitters shoot that Julie & I did this past fall. Miss P is the beautiful 2015 Westminster Champion, and was recruited to be on the American Eagle 2015 Christmas Gift Cards adorning their new dog clothing line (Blogged here). She also brought along two little beagle pups with her for the shoot! I had grand intentions of doing a short video of our trip…but time has slipped away from me.

It was actually quite a week. We were originally set to shoot at Predator Ridge in Vernon B.C. I made my way to Julie’s in Abbotsford B.C. and then we packed up all the gear (first vehicle: someone broke the car windshield during the packing process…ergo: re-pack in vehicle #2). We drove out the next morning to Predator Ridge.

We had lots of great inspiring conversations (as we always do)…we saved turtles trying to cross a busy highway…we ate a lot of junk food…we had a lot of laughs.

After arriving at Predator Ridge, we set up an entire green screen studio. No small feat; the lighting needs to be perfect. And then we awaited our star of the show to arrive. Only she didn’t. For reasons beyond everyone’s control, Miss P’s new digs did not arrive in time for the shoot. No clothes = no Miss P in the clothes = no shoot!

But the show must go on. And so it did. Julie and I tore down, drove back to Abbotsford, repacked all the gear and I boarded a plane back to Calgary. Within the next 48 hours, Julie flew to Calgary with all her gear and we repeated our green screen room set up at the Delta South Hotel. New rentals, new product ordered, last minute photography room changes…and done. Phew!

And then we finally got to meet Miss P and the puppies! My only regret was that I wish I had the time to take those beautiful dogs and their moms outside for a location shoot. From a creative perspective ‘green screen’ is a bit bland. Necessary for the goal of this particular campaign, but far from how I typically photograph dogs. No matter – it was Miss P, beagle puppies and American Eagle Outfitters. If that doesn’t scream fun, I don’t know what does!

I was able to pull a few outtake snaps from both our cameras – Ones that represented the amount of smiles and laughs we had.
Great times in 2015. 🙂 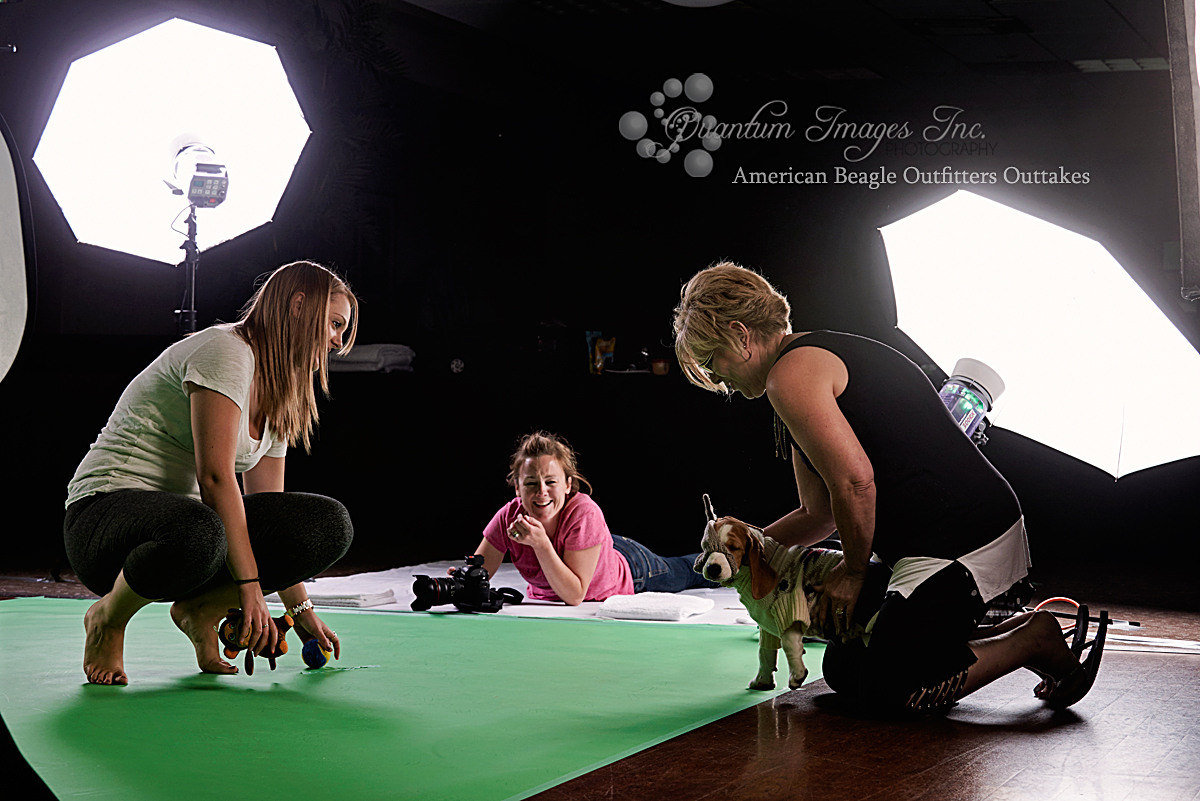 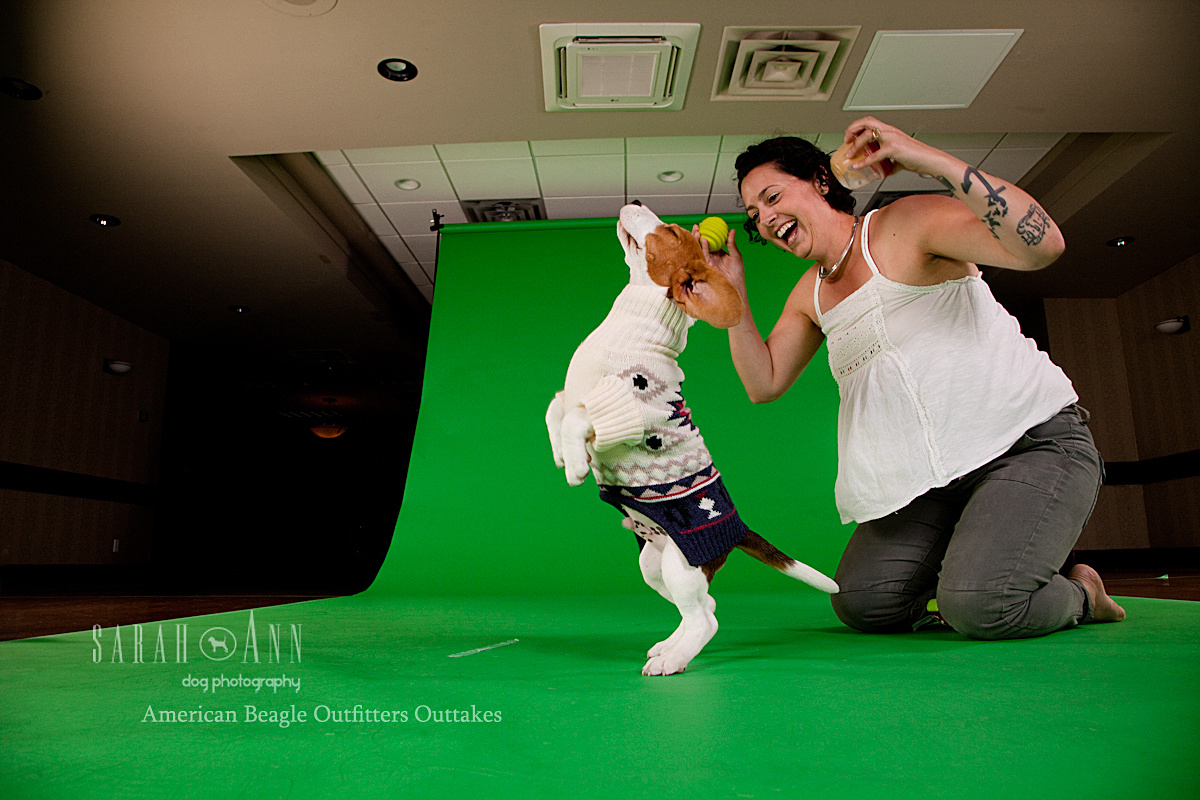 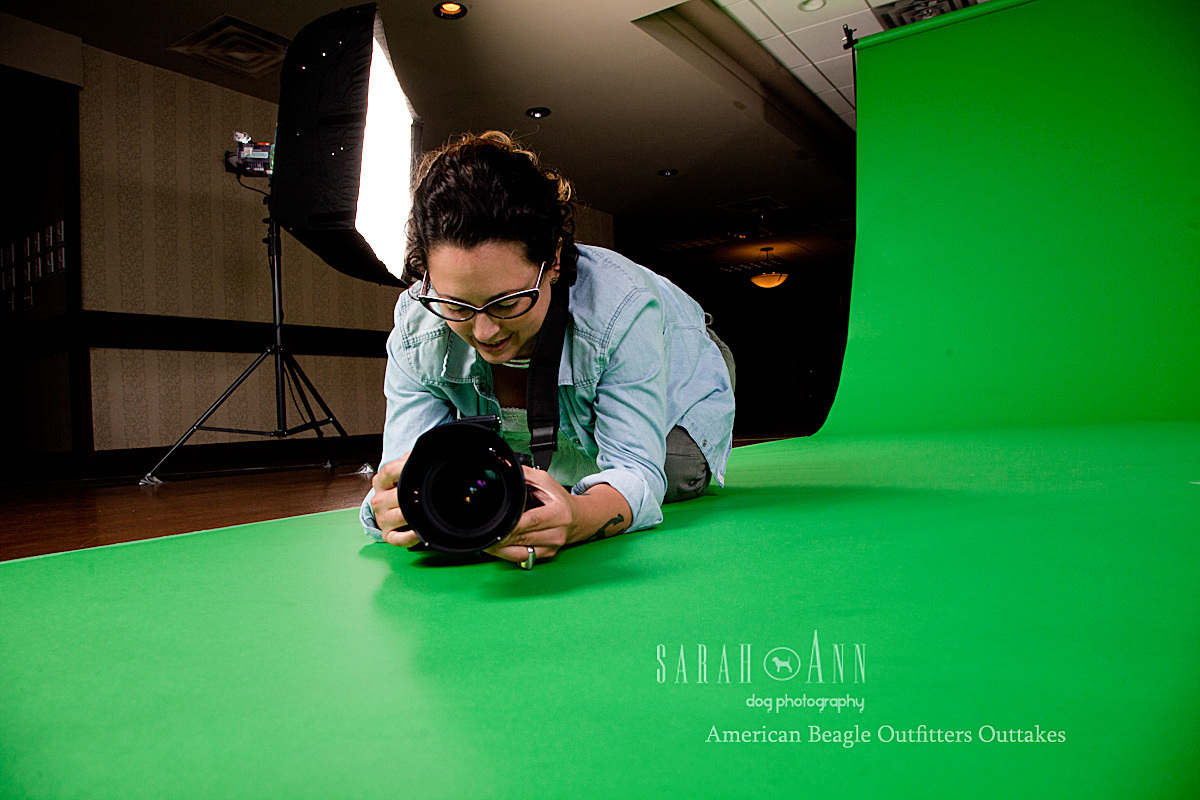 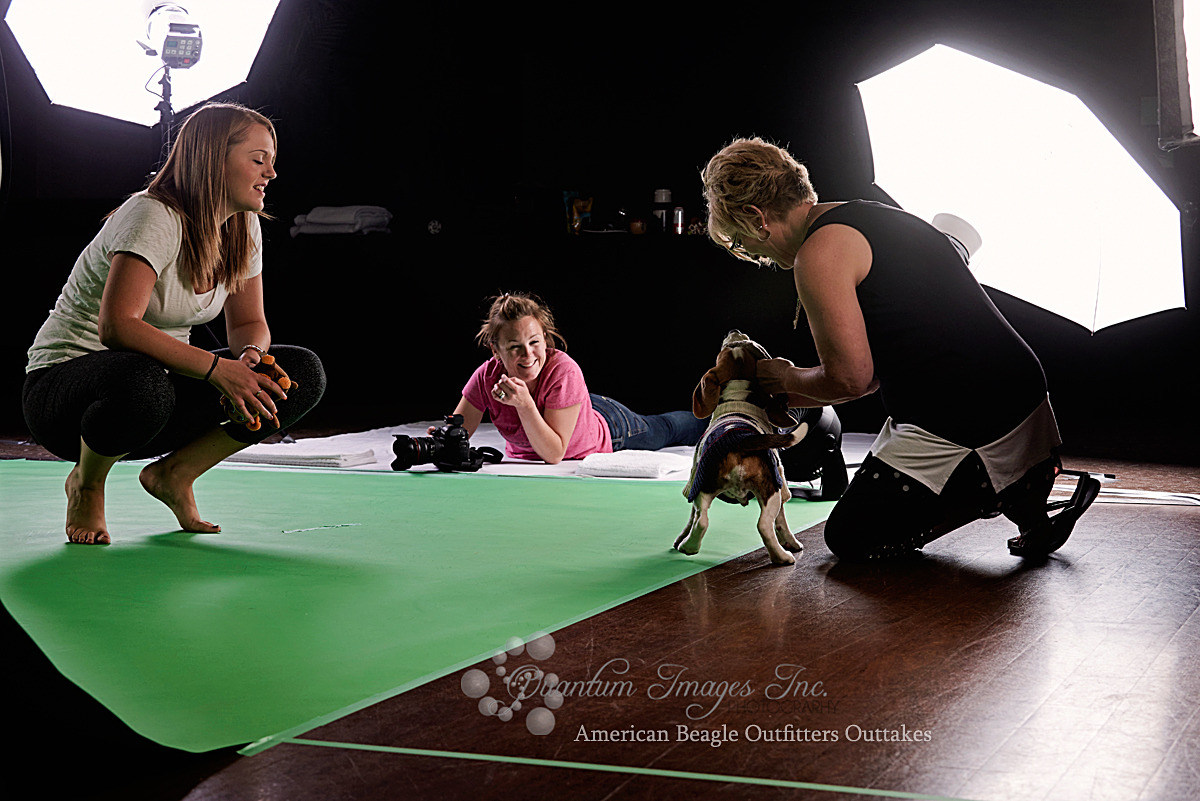 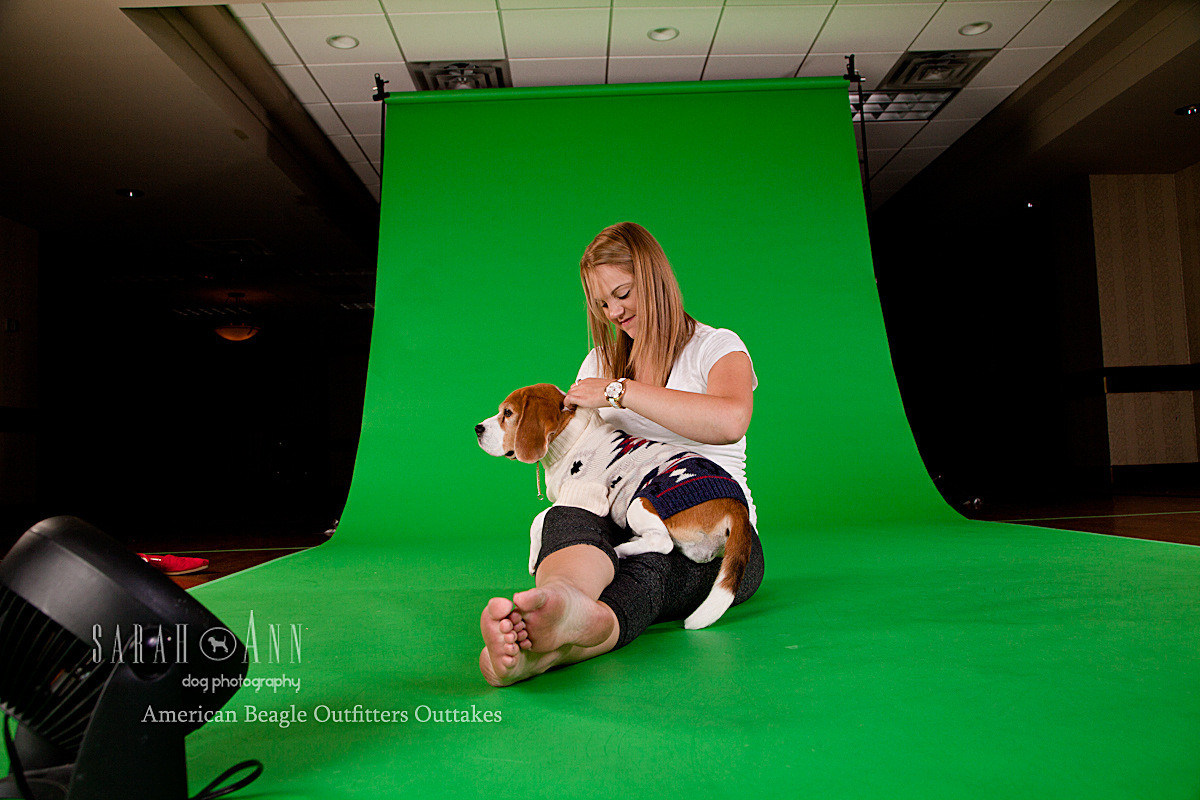 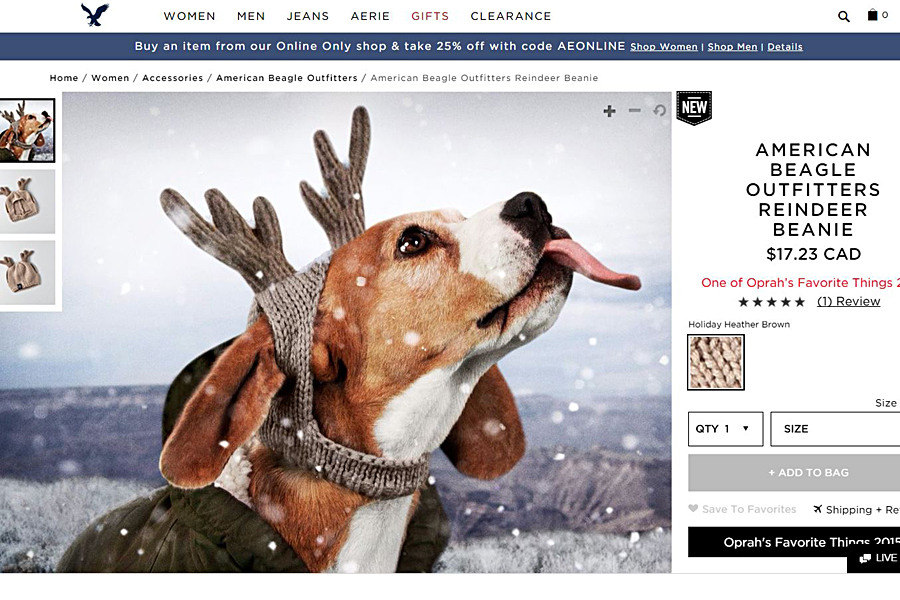 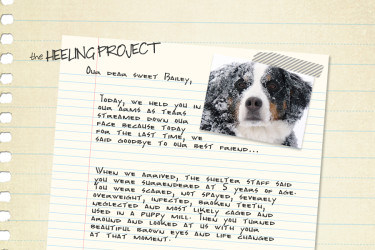